Two masked rocketeers were seen launching rockets Monday afternoon at Woodsom Farm in Amesbury. The weather was a typical spring day in New England, temps in the 60's with moderate to strong winds blowing toward the parking area. The unidentified rocketeers launched from the site usually used by CMASS with a launch stand and rail reportedly 'borrowed' from Mr. Guy Wadsworth. When Mr. Wadsworth was asked about this, he replied 'No Comment'. The launching occurred as a steady stream of dog walkers passed by seemingly not to notice. It was reported that there were a total of 12 flights ranging from 13 mm 1/2A through 29 mm G40. There was one two-stage rocket and one two-motor cluster launched during the incident.

A 10 year old Birdie was launched for the first time with much fanfare. There was also the maiden 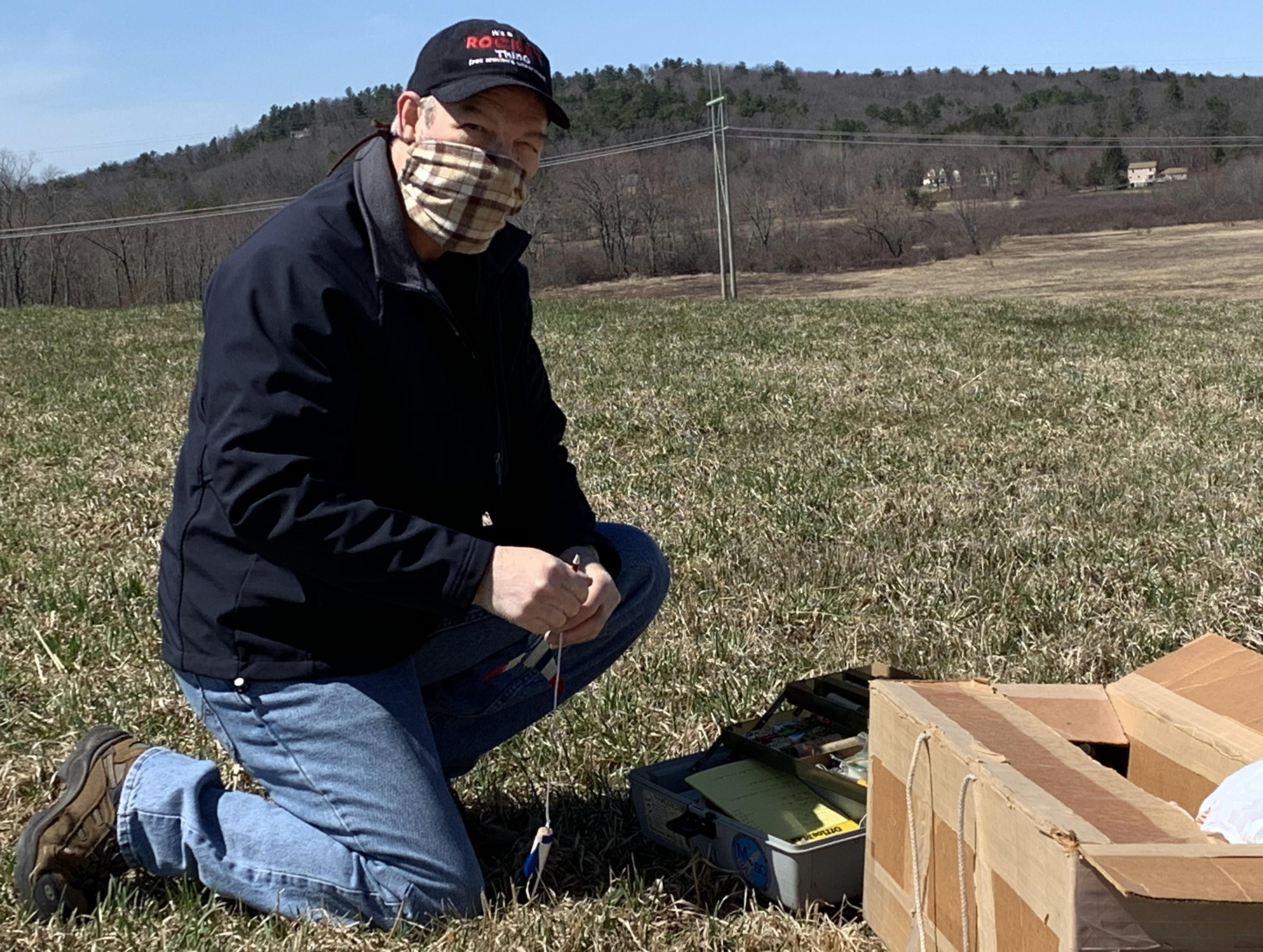 flight of a LOC Cool Spool on an Aerotech G40-4W. One of the two launched a maiden flight of a very pretty two stage Sasha. Unfortunately it landed somewhere in the treed area east of the launch site and was not retrieved. Citizens are instructed that if such rocket is found, to notify officials.  This rocketeer also launched other maiden flights of some pretty neat looking rockets. The last flight of the afternoon resulted in a core sample of one scratch-built 'Black Dart', with the nose cone being lost.

Local law enforcement does not believe this is a one-time event and expect more launches to take place. Officials are instructing citizens to stay alert. The next launch could be at a field near you! Pictures are in the Gallery.