Our next launch is scheduled for 03 October in Amesbury. We'll still need to have you read the COVID-19 restrictions and bring the signed form to the launch. 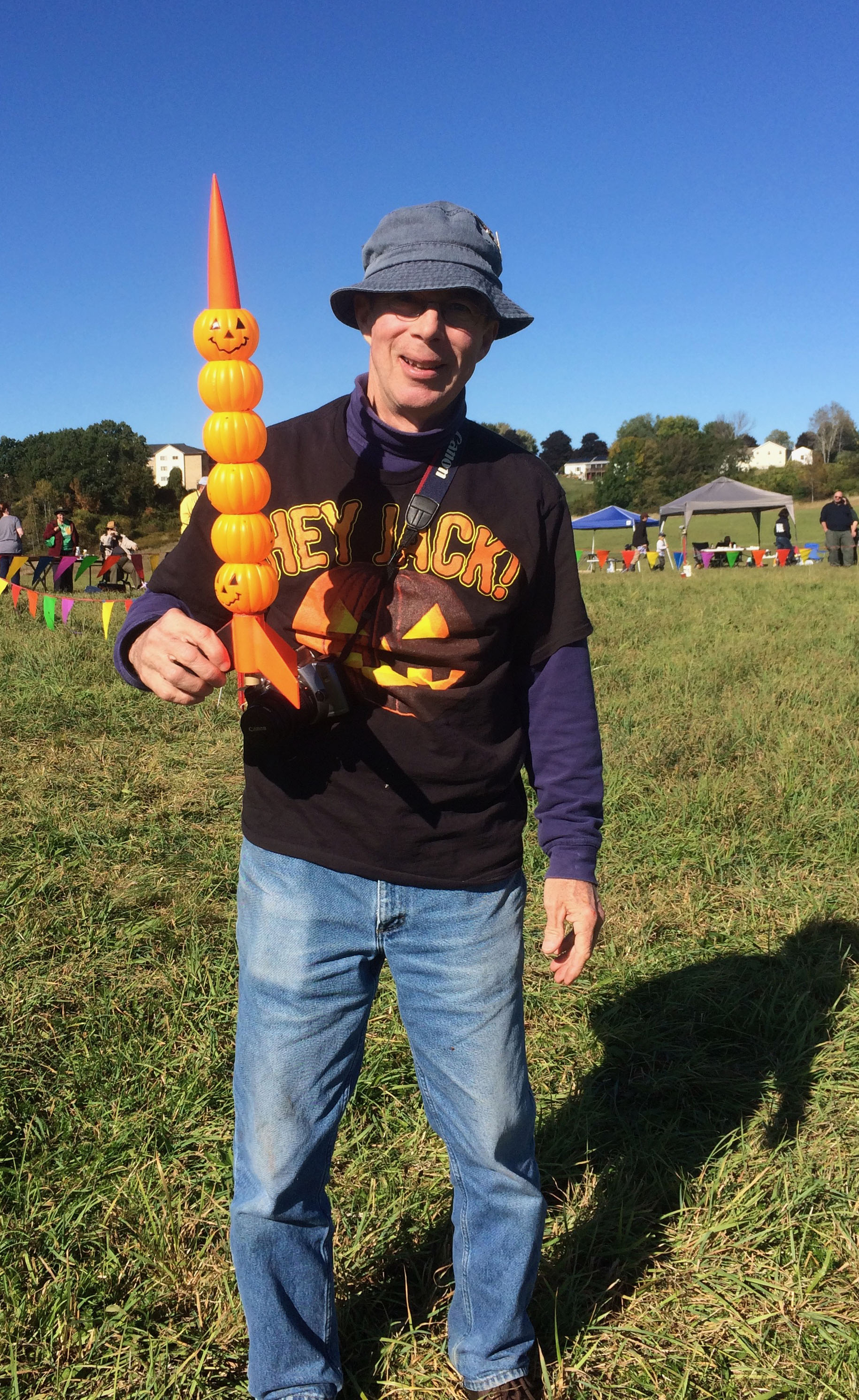 So far the weather gods have been kind to CMASS this fall. Yesterday was another great day for flying  - sunny, temps in the 50's/60's and very little to no wind. We had a relatively small crowd considering the weather. I estimated about 30 to 40 people at mid-day. Students from Tufts were there, a few families and a couple of first-timers, which is always nice. And even though the crowd was small, there were some serious flighers. We had 237 flights ranging from 13mm A3's to a couple of I motors. Curtis flew one of his upscale Deuces Wild, unfortunately not too successfully this time as one of the motors failed to ignite. Scott Clement was there

with his Holloween collection that included some of his all time hits - 'Skull and Cross Bones' that lets its brains loose at ejection and 'Pumpkin Sky' that releases several pumpkins. We had one L1 certification, actually a successful re-certification for Jay Hart with his Phoenix on an Aerotech H123W.

Many thanks to all those who volunteered: Kenn, Guy, Howard, Curtis, Tony Vincent, Chris Shrenko, Matt Laudato, Linda for helping with food. Special thanks to Bruce Strong for shuttle service (and he had a really nice Decaffeinator!). And thanks to all those who helped out during the day that I did not mention. Pictures are in the Gallery; please post yours. Our next launch is back at Woodsom Farm on Nov 2nd.