Our next launch is scheduled for 03 October in Amesbury. We'll still need to have you read the COVID-19 restrictions and bring the signed form to the launch.

Sept 15, 2019 Launch in Amesbury; Attack of the Yellow Jackets 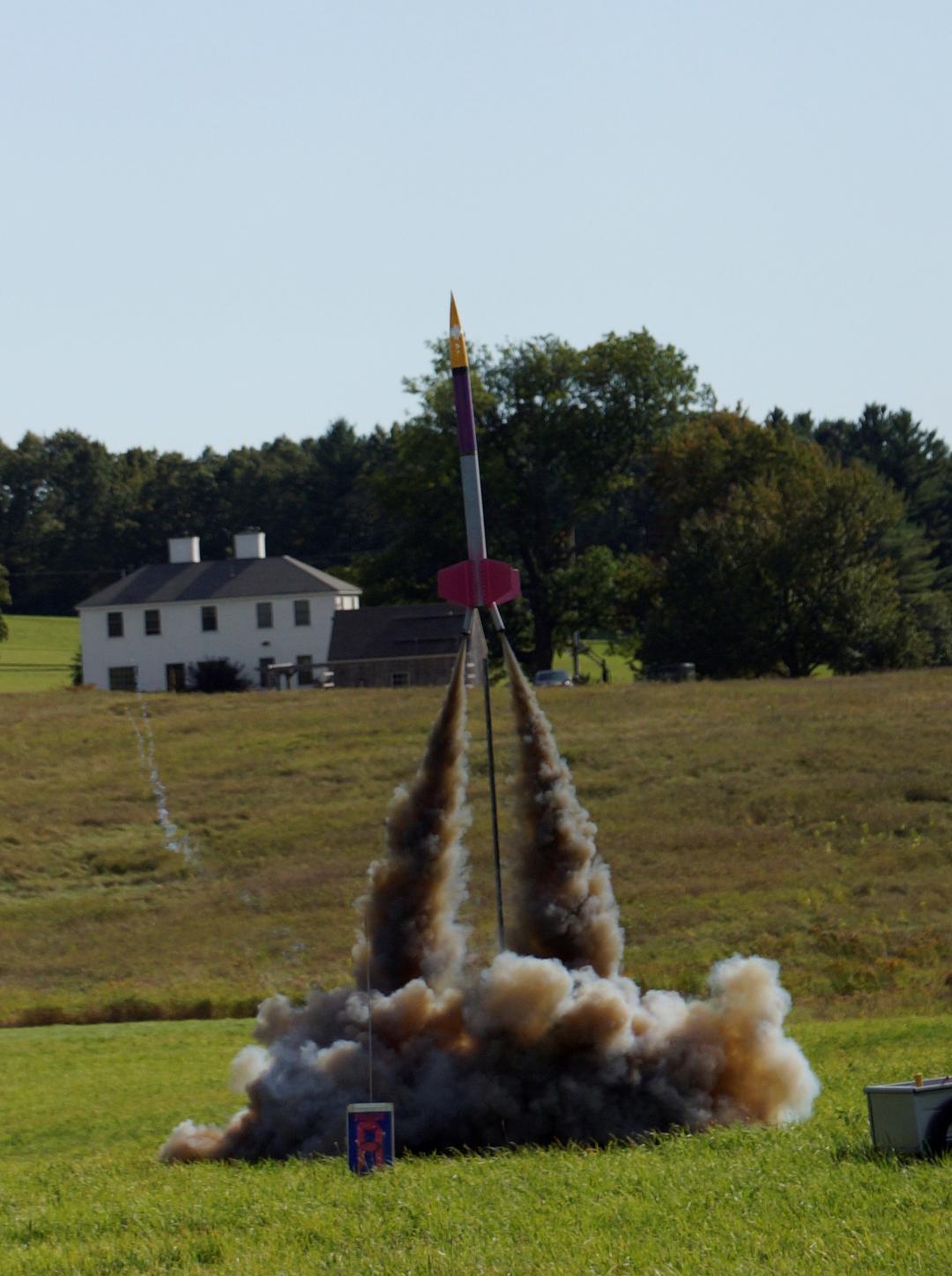 The launch, originally scheduled for Saturday, was postponed until Sunday due to wind direction and forecast of rain. It was a good call, as Sunday was a great day; sunny, cool and a moderate breeze blowing away from the power lines for most of the day (does anyone doubt Kenn!). The only smudge on the day was the persistent yellow jackets that were a nuisance to many, but especially to the food servers. Yellow jackets are usually much more active in the fall, and we must have disturbed a number of their nests. So... to vent on a pet peeve. I heard a few people Saturday refer to the yellow jackets as bees. Yellow jackets are wasps and not bees. Although bees, wasps and hornets are all related and look similar, there are significant differences among them. For a brief Hymenoptera lesson, you can watch this short video.

We had a pretty decent crowd considering the postponement. I estimated about 60 to 80 at mid-day. Troop 28 from Wenham was in attendance and a few teams from WPI were also there. Two students from WPI were successful in obtaining their L1 certifications with motors they received from Jim Moe. Kudos to Jim for helping out! We did have to share the farm with some power paragliders, but they

were down by the parking area and I'm sure how active they were. I didn't see any of their glides during the day. We had 180 flights ranging from a couple of 13mm A3's through an I263 and a cluster of 2 H143 CTI motors - one of Curtis's upscale Deuces Wild (check out his article in the latest Sport Rocketry). There were three CATO's (Estes A10, D12 and E12). The D12 CATO was mine and turned my Mega Baron biplane into a single winged glider! Scott Clement came with his fall collection that included 'Corn on the Cob' and his Dunkin Munchkins! I think he got all of the munchkins back (they must be really stale by now!). Kudos also to Frank DeAngelo for launching the first rocket purchased from the AMW sale. The Spadafora fund thanks you! I launched by streaming UFFO and Bronx Bomber. The Bomber gave a great flight, as usual, which I (Kenn and Guy) hope is a good omen for the post season!

Many thanks to all those who volunteered: Kenn, Guy, Howard, Curtis, Tony Vincent, Liz for helping with food. Special thanks to Ted Blank who came all the way from Arizona to run the shuttle. Hopefully our next shuttle driver will not have as long a commute. And thanks to all those who helped out during the day that I did not mention. You know who you are, and we appreciate it. Pictures are in the Gallery; please post yours. Our next launch is back at Woodsom Farm on Oct 5th.